The former executive vice president and chief loan officer for the failed Country Bank of Aledo, Dana Frye, has pleaded guilty to charges of making false statements to the bank. During his appearance before Chief U.S. District Judge Sara Darrow, Frye pleaded guilty to conspiring with others to make materially false statements to the Country Bank board of directors to influence the bank to make loans to entities in which he held a personal financial interest.

Frye, 66, currently of Bettendorf, served as executive vice president and chief lending officer for Country Bank, in Aledo, from its formation in March 2000 to Dec. 31, 2010. During that time, Frye held financial interest in multiple real estate developments. These developments included a golf course and surrounding residential lots in Sherrard, known as the “Fyre Lake Project,” which benefited from Country Bank loans that totaled more than $20 million.

Frye admitted that he conspired with others to influence Country Bank to make loans to projects in which he held a personal financial interest, including the Fyre Lake Project, but failed to disclose his financial interest. Frye further admitted that he used his position to assist others to secure loans for the Fyre Lake Project and another project in Milan.

Frye held ownership in multiple companies that either directly participated in real estate development or provided services to persons and entities engaged in the development. One company, known as Webgem, Inc., owned by Frye and his son, provided accounting and other services to developers. Frye did not disclose to the bank board of directors that Webgem was going to be paid, and eventually was paid, $480,000, from bank loans of $5 million related to the project in Milan. In May 2009, Country Bank received $4.1 million in aid through the Department of Treasury’s Troubled Asset Relief Program, known as TARP. In October 2011, Country Bank failed and the Federal Deposit Insurance Corporation, as receiver, covered losses in excess of $70 million.

At sentencing, scheduled on February 26, 2020, Frye faces a potential sentence of imprisonment of five years along with payment of restitution.

END_OF_DOCUMENT_TOKEN_TO_BE_REPLACED 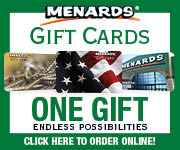